(AS FEATURED IN ALL ATLANTIC CANADA)

Drawn by cheap, clean power, a B.C. blockchain firm plans to set up a major bitcoin mining operation in Grand Falls, the second such site near the town of 5,700.

The company, led by CEO Stefan Matthews, said Tuesday it was buying the site and 100% of the shares of Chief Fuels for 3.44 million shares in TAAL, worth roughly $16.5 million at Tuesday’s opening price. The deal is expected to close around Jan. 1. 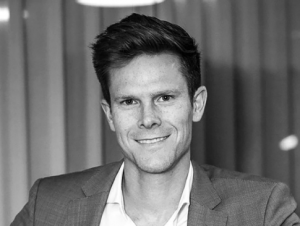 “The asset behind it (the warehouse) is also access to the power grid,” he said. “We’re able to tap into the grid and the max capacity is 50 megawatts.”

“There’s a huge hydro dam there. It’s a great place to pull power from, especially in a safe jurisdiction like Canada.”

TAAL says it plans to power up to two Eh/s of blockchain computers, and is partnering with NB Power to build out the power supply needed for the work. An Eh, or exahash, represents one quintillion hash algorithms per second.

TAAL also filed its third-quarter results Tuesday, as the company reported $12.4 million in gross revenues. It held roughly 69,000 bitcoin as of Sept. 30, noting it was down from 75,000 from the previous quarter, blaming the decrease on operational costs.

Whitcomb said the company connected with Chief Fuels this summer.

Led by president Mike Scully with its head office in Grand Falls, Chief Fuels bills itself as a majority Indigenous-owned bulk fuel and lubricant company, and is affiliated with Michaud Petroleum, a Shell wholesaler led by Hermel Michaud.

Messages for Scully and Michaud – the directors of Chief Fuels – were not answered Tuesday.

NB Power spokesman Marc Belliveau said by email: “Because New Brunswick has more than 80% emission-free power, and competitive electricity rates, we have received numerous requests in recent months from these types of enterprises. However, it would not be appropriate to comment on any specific projects at this time.”

In October, HIVE Blockchain Technologies Inc. said it was moving bitcoin mining machines to its data centres in Saint-Andre, just outside the Grand Falls boundary, where it acquired GPU Atlantic earlier this year (see 2021-11-22).

In filings released Tuesday, HIVE said is is nearing completion of two data centres in New Brunswick, with one set to be operation-ready next month and the second set for March. As of now, the site has about 8,000 new-generation ASIC mining rigs and uses about 30 megawatts of power.