The story of BSV and how TAAL supports the rapidly growing blockchain network were highlighted during a well-attended Investor Breakfast Series meeting in Zurich in September. Investors gasped in amazement when they were told of the record-setting blocks that TAAL processed in August and the fortune such achievements could mean for the industry.

TAAL CEO Stefan Matthews addressed the audience of nearly 30 investors, explaining the strong results the company has delivered in 2021 and where it is headed as its client base expands. 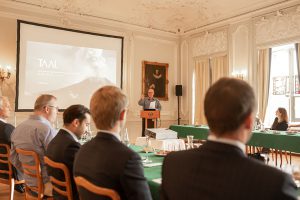 Matthews first outlined the history of BSV and how it differentiates itself from BTC and BCH. He then explained how TAAL is at the forefront of a growing industry that has hit an inflection point, a moment that aligns with TAAL’s long-term business plan and vision of being a blockchain leader.

Among the highlights were Matthews’ reveal of the word-record two-gigabyte blocks that TAAL processed in August. In these blocks, the transaction fees outweighed the block reward fees of that mined block — a first for the BSV network. The audience were audibly impressed at that news. 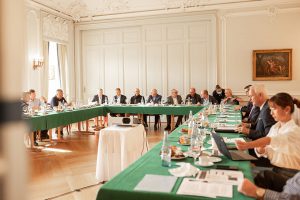 Matthews also spoke on TAAL’s growth during the past 12 months when the company launched an office in nearby Zug, Switzerland, hired critical staff, and grew its infrastructure. Those moves build the foundation that TAAL requires to continue its growth.

Such excitement was generated that Q&A session — planned to be a brief exchange — lasted almost an hour with very interactive and engaging questions from the investor audience. 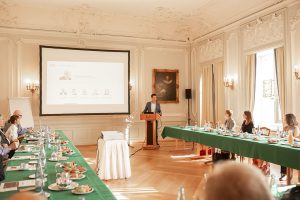